Posted at 00:11h in Network Cabling Services by admin 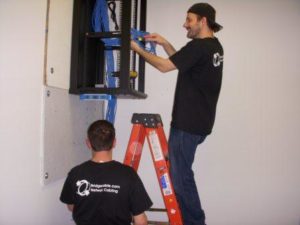 Cabling is a general term used to describe network media which is used to connect networks in order to access information on other networks.

Structured cabling is an evolution of cabling systems and is an advanced method in which a number of standardized, common elements are used to establish network connections in buildings or campuses.

The common elements that comprise the essence of structured cabling are known as “subsystems” and can be widely categorized into five headings:

The special thing about structured cabling is that it can integrate various types of media (e.g. voice, data, and video) and several management techniques as opposed to any other cabling system. The cost structure of this from of cabling is completely flexible and requires a minimum cost. The operational cost however, is dependent on the usage and the manner in which the system is being used.

Currently, with the evolution of technology, it is a standard practice to use the same cabling system for audio as well as digital data. The concept is similar to the previous one, in the sense that individual BMS are installed separately. Typical BMS include:

These systems are cables installed separately due to electrical and mechanical technicalities, both in usage and installation. Another feature worth noting is the electrical characteristics of the system being installed. This means that initially, voice and data systems made use of analog and digital signals. The guidelines for signal strength over a certain distance have been established with reference to these analog and digital systems. The BMS similarly works on current draw and circuit resistance and both analog and digital methods.

BridgeCable, or Bridge Group Services, services all offices in New York, New Jersey and Philadelphia area. Call us today for your Free Site Survey with a Project Manager 877-832-1206