10 Apr The Use of Wireless Technology within Network Cabling Systems

Posted at 03:07h in Wireless Network Install by admin 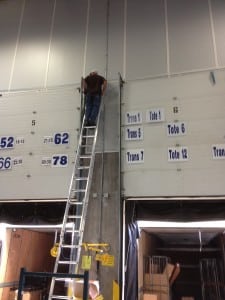 We install wireless networks in offices and even most cases warehouses.

Wireless technology has been around since 1876, when Alexander Graham Bell first invented the telephone. It has come a long way over the years and is a practically a way of life these days, especially with the rising use of smart phones, tablets and laptops.

With wireless communication information is transmitted over the air via electromagnetic waves rather than cables and it enables people to browse the internet or check their email from their preferred location. Different types of wireless networks provide this freedom of access to the different parts of buildings, local areas, cities and even whole countries.

There are four main types of wireless networks and they are:

Wireless Personal Area Networks (WPAN) – This is where personal devices can interconnect within a small area of up to 30 feet by Bluetooth or Infra Red.

Wireless Local Area Networks (WLANS) – These allow access to the internet through wireless access points (WAP) for users in a local area such as office buildings and types of commercial premises and can be a highly useful mobile extension of wired networks.

Wireless Metropolitan Area Networks (WMANS) – This type of network connects multiple networks within a metropolitan area such as a number of buildings within a city. This technology can be useful as a back-up or alternative method to the laying of cabling.

Wireless Wide Area Network (WWANS) – These networks can provide coverage over larger areas such as between local towns, cities and even countries.

The systems that use radio waves to transmit data and the waves are generated by antennas that spread the waves throughout the air. There are two different types of antenna and they are directional and omni-directional.

Radio waves have frequencies ranging from 10 kilohertz (KHz) to 5 gigahertz (GHz) and most radio frequencies are regulated, however there are three unlicensed frequencies that WLANS can use.

All the radio frequencies for spectrum and satellite orbits for wireless communications are managed by the International Telecommunication Union-Radio Communication Sector and they provide the standards that need to be implanted.  The IEEE and The Wi-Fi Alliance are the two standards bodies responsible for implementing WLANS.

This is a type of radio transmission that uses a number of frequencies simultaneously. This is carried out by frequency hopping and direct frequency modulation. Frequency hopping is simply when the signal jumps from one frequency to another. Whereas with direct frequency modulation the original data is broken down into parts and then transmitted separately on different frequencies along with some false signals. The receiver then pieces together all the relevant parts and ignores the decoy ones. The purpose of the false signals is to confuse any possible eavesdroppers. 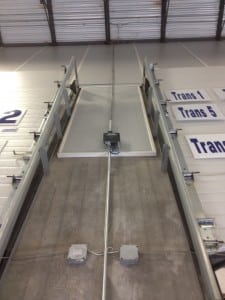 Wireless local area networks are becoming commonplace in all types of buildings such as office spaces, hotels, hospitals, sports facilities and factories. Even though the wire based structured network cabling systems are generally cheaper, more robust and secure they cannot reach all the areas that wireless technology is capable of.

Wireless local area networks can either be adhoc where individual devices communicate directly with each other or infrastructure based.

Most modern day WLANS are based on IEEE 802.11 standards and are infrastructure based which means there are one or more base stations called wireless access points which usually have a wired network connection. There job is to transmit the radio frequencies so that all the various wireless enabled devices can communicate with them.

These wireless access points communicate with all the electrical devices within the area such as the workstations, desktop computers along with the various mobile devices used today such as smartphones, personal digital assistants and laptops.

The technicians at Bridge Cable are highly experienced at planning and installing both cable and wireless networks so why not give us a call!