Posted at 00:03h in Network Cable Installation by admin 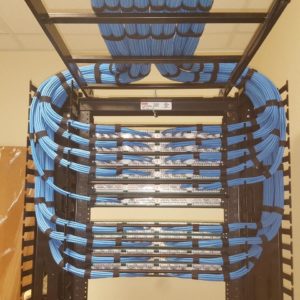 But did you realise that there are a multitude of different National and Local Authority building codes, regulations and documents that you must also abide by?

What Are Building Codes?

Building codes have existed for many decades and the Code of Hammurabi is the earliest known building code being written around 1772BC.

There are governing bodies within the United States that issue specific codes relating to health and safety and the protection of life and property within the building industry. These are then adopted by local authorities and become the law within that particular city or state.

There isn’t a code or regulation that can eliminate every risk, but building codes are specifically developed as safeguards to help reduce risks to acceptable levels.

While we are talking about risks here are the Top 5 Dangers that are always present for the guys that are actually installing your network.

Where Do Codes Come From?

Codes can originate from several different sources and though they are normally national laws that are adopted locally, they can also be issued by local authorities.

It is also worth mentioning that the Americans with Disabilities Act (ADA) also affects the cabling and communications industry as all facilities must be constructed to provide universal access.

The Federal Communications Commission (FCC) of the United States is an independent agency that was founded in 1934 and is responsible for issuing all the codes and regulations relating to different aspects of communications technology such as cable, wire, satellite, television and radio.

They are also responsible for publishing different reports and rules relating to data cabling, bandwidths and electromagnetic emissions.

The National Fire Protection Association (NFPA) is a non-profit trade association that was originally formed in 1896 by a group of insurance firms and their mission is to eliminate injuries, death and loss as a result of fire, electrical and other related hazards.

The NFPA are responsible for issuing more than 300 different codes and standards to help protect people, their property and the environment from all these hazards.

The most well-known of these codes is the NFPA 70 which is also known as the National Electrical Code and is adopted by all the 50 states within the United States.

The NEC is a comprehensive in-depth book that currently consists of nine chapters and is also available to purchase electronically. The NEC is approved as a national American standard by the American National standards Institute, however local authorities are at liberty to adopt any version of the NEC or write their own codes instead.

Though the NFPA publishes the NEC it is updated by a variety of committees and code making panels and is regarded as the main benchmark for safe electrical design, installation and inspection. The code is updated every three years and the current edition was published in 2017.

The book contains code for all the different aspects of communications systems, wiring, wiring protection, methods and materials as well as special occupancy and conditions. A thorough understanding of the national electrical code is essential for anyone who is responsible for the design of telecommunication infrastructures. 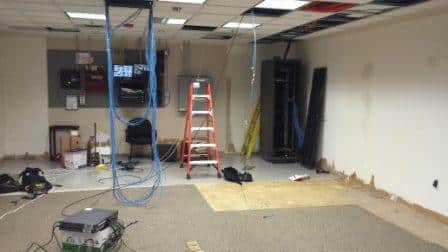 In the United States there are many different public services commissions that issue their own rules and regulations on the installation of cabling and related equipment with-in public buildings and they differ from state to state.

Local authorities also issue their own compulsory codes for the installation of all data network communications equipment within their individual jurisdiction.

Philadelphia’s building codes have been rather outdated for the last few years but as of the 1st October they adopted a new 2018 commercial buildings code. This new bill will apply to all major renovations and new constructions.

If you are considering designing and installing a network cabling systems it is essential that you know and abide by all the local and national codes and regulations. If you don’t a visit from the building inspectors is the least of your worries, as you could also be responsible for putting lives, property and the environment in danger.